The CCREEE’s IRRP programme continues in Belize, Guyana, and Trinidad and Tobago. This update covers activities completed in quarter 2 (Q2), 2021.

In the quarter 1 (Q1) update, we explained that ongoing Integrated Resource and Resilience Plans (IRRPs) had begun to focus on modelling activities. Q2 saw these efforts advance significantly, with the support of stakeholders in relevant countries. Some preliminary results were also shared with stakeholders, partly to support validation and thereafter to give an early, broad indication of the trends coming out of the analyses.

To recap, the IRRP methodology employs several models to analyse electricity demand and the power system which supplies it. Further, weather, climate and vulnerability models and maps are incorporated to enhance our understanding of the risks to the system and how these may evolve over the study horizon. It is the combination of the traditional models and the more thorough analyses of the risks to the system, that sets apart the IRRP.

Demand analyses and projections were completed in Belize and Guyana several months ago, but kicked off for Trinidad and Tobago (T&T) in late Q1. All countries used top-down, econometric techniques, the foundation of which was an analysis of demand data to determine the primary explanatory variables and their relationship to energy sales and demand. In simple terms, this step consists of developing an understanding of what drives demand for electricity. Typical influences on demand include economic activity, represented by changes in GDP, and changes in population.

Once the primary relationships are determined and confirmed, projections of these same explanatory variables can then be used to project consumer demand for electricity into the future, across the timeline the IRRP. After the first meeting with Trinidad and Tobago stakeholders near the end of Q1, additional data collection, demand characterisation, projection and examination of energy efficiency potential were all undertaken through Q2.

As explained recently, techno-economic models capture the power system’s technical characteristics, operational details and costs, with particular emphasis on the supply side of the system. The operation of the existing system is first analysed through a generation dispatch model. Afterwards, a capacity-expansion model is then used to explore the development of the system under several future scenarios. The dispatch of these systems, optimized for the future scenarios, can then be simulated and analysed to ensure that their operation can meet all necessary requirements.

The majority of this techno-economic modelling took place in Q2, with both the dispatch and capacity-expansion models being built, validated and run during this period. These were built using Energy Exemplar’s PLEXOS, an integrated modelling software for the modelling, simulation, and optimization of electricity, gas, and water systems. In Guyana, a base model was available, which aided the process. This was possible since Guyana Power and Light Inc. (GPL) are users of PLEXOS themselves. In both Belize and Trinidad and Tobago, PLEXOS models had to be developed from the ground up.

The last set of models, the power system models, were also advanced through Q2. These detailed, integrated representations of the electricity generation assets, electric network and load facilitate analyses of the operation and behaviour of the whole system. By simulating expected system operation under select scenarios, it is possible to understand constraints, violations or other issues which can affect system reliability or stability. Here, the CCREEE is employing DIgSILENT PowerFactory, a leading power system analysis software application for use in analysing generation, transmission, distribution, and industrial systems.

The three active country power system models were at various stages in late Q2, with Guyana’s model the most advanced in terms of both model complexity and progress. The model for Trinidad and Tobago followed closely behind. The model for Belize was just kicking off in late Q2, but the window for its development is expected to be condensed, as it would be the last model in development there.

It is important to reiterate the importance of the tasks leading up to model development. Notwithstanding the sophistication of the software packages employed, input data on the actual systems is critical. It is critical not only to have access to the correct datasets but also that they be sufficiently complete and of sufficient quality to support the right analyses. In the updates below, further details are given on data inputs and activities completed by Member States.

During Q2, work also ramped up on the resilience aspects of the project for all three countries. Some notable activities and developments include continued data collection from local and regional organisations, processing and review of data, and testing of platforms to facilitate stakeholder use of the data. While aggregate data collection is now slowing down, the majority of remaining data collection and validation focuses on hazards, vulnerabilities and risks and the subsequent resilience analyses. In addition, work continued on the evaluation and selection of risk frameworks, and creation of technical routines, which, with the right input data will allow an examination of specific hazards, such as landslides and flooding. Further investigations into Sahara dust and sandstorm events and their effects on renewables is also slated for Q3.

Some final co-ordination occurred at the end of Q2 to support climate projection data expected from the Climate Studies Group Mona (CSGM) climate model runs in early Q3. These are expected to support understanding of expected changes to the climate over the study horizon in the IRRPs. Several preparatory activities are underway in the lead up to this, using sample data previously received. The incorporation of all the hazard, vulnerability and climatic data is to be undertaken through an iterative process whereby the IRRP simulates the stresses and impacts on power systems arising from these hazard events, and climatic changes. The outcomes will inform risk mitigation and adaption plans that in turn build greater resilience into the future power system.

Summary of Country-Specific Updates for Q2

In T&T, at the end of Q2, subconsultants Cadmus were preparing the final submission for the demand projection. The PLEXOS integrated models were completed for both Trinidad and Tobago, and a power system model was developed and validated to undertake load flow analysis on the T&T grid.

The work in T&T has unique elements that make it particularly interesting, if somewhat challenging. These include the dynamics around fuel pricing, the industrial nature of the economy and the physically, the fact that T&T is a twin-island state, each having its own unique characteristics. Quite a bit of work has gone into the models and analyses in order to produce insights which are sensitive to these dynamics.

Lastly, data and evaluation of hazards and vulnerabilities in T&T have been received, through reports and some synthesis documents, with additional information expected soon from both regional and local sources. An advanced set of geospatial and topographic datasets received from T&T will be valuable to facilitating some of the analyses under this work package, particularly the routines being developed by the Caribbean Institute for Meteorology and Hydrology (CIMH).

In Guyana, the PLEXOS integrated model was also completed. The power system model in PowerFactory was mostly complete at the end of the quarter. The data provided by Guyana Power and Light Inc. (GPL) allowed a comprehensive database of the grid to be developed in PowerFactory. The resulting model will facilitate both static and dynamic analyses. The team took the opportunity of a working meeting with GPL in Q2 to share early results from the model, clarify a few matters and validate its behaviour. These meetings are in line with the collaborative approach being taken in Guyana and have been extremely useful to advance the project at critical steps.

Both sets of models will be used to conduct the analyses required to establish the preferred expansion plan, ensure adequacy, reliability and stability of the system and support the next steps in the process.

The resilience work package will now see increased efforts over the next couple months. Outputs from climate models are expected in early Q3, as well as the confirmation of a closeoff date for further data and mitigating approaches in light of data received to date. Guyana’s comprehensive dataset is expected to provide a good foundation for the resilience analyses going forward, including the spatial aspects of risks there.

Much of the foundation for Belize’s IRRP was laid through the latter part of 2020.  Following these foundational activities, modelling work ramped up in Q1 with a focus on the techno-economic modelling in PLEXOS. The work continued through an iterative process of stakeholder working meetings, incorporation of stakeholder feedback, and presentation of updates. Stakeholders in Belize were also given a preview of early results coming out from the models in the advanced stages of development. These engagements were used for a combination of validating of stakeholder inputs and some validation of expected model behaviour.

Q2 also saw the beginning of power system model development in PowerFactory. Once the model is sufficiently developed, the two will facilitate full investigation of system. Additional data on hazards and grid locations were also received near the end of Q2. Elements of the resilience analyses are also expected to ramp up through early Q3.

Capacity-building continued, as planned, in parallel with the development of the IRRPs in the first three member states. Following an active Q1, in Q2, sessions were delivered on Basic Demand Projection, Demand Side Management (DSM), Advanced Dynamic Studies using DIgSILENT PowerFactory, Solar Integration and Energy Storage.

Capacity building is a critical component of the IRRP programme. The immediate goal of the programme is to build regional IRRP stakeholder capacity to participate in all aspects of the power sector planning process. Long-term, it is the CCREEE’s intent to help prepare those in regional utilities, regulatory bodies, government agencies and educational institutions to support the region’s resilient energy transition. Engagement remained relatively consistent through the programme.

The IRRP team has scheduled a post-mortem to review all aspects of this first iteration of the capacity-building programme. Several options for the future of the programme will also be discussed. One of the key considerations is how CCREEE and its partners can build on the above foundation to deliver a repeatable, sustainable and quality programme that still remains responsive to the needs of stakeholders.

The CCREEE also benefited from support to the IRRP Programme’s capacity development initiatives from the US Agency for International Development (USAID), through the National Renewable Energy Laboratory of the US Department of Energy (NREL). 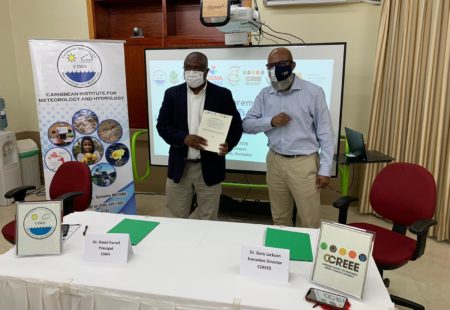 The CCREEE and CIMH Sign Agreement on Climate Services for Energy 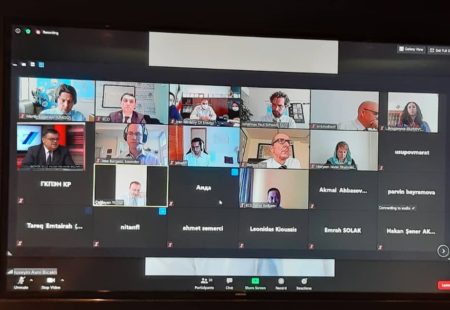 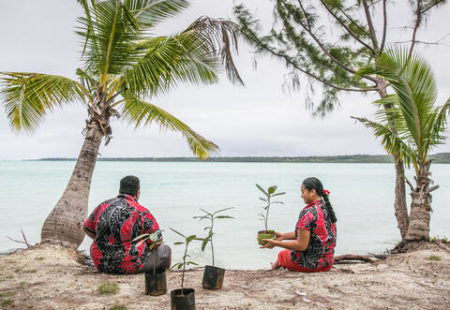