AN UNEXPECTED CATALYST: HOW HURRICANE MARIA IS STILL CHANGING THE ENERGY SECTOR IN DOMINICA

Today marks three years since the passage of Category 5 Hurricane Maria over Dominica. On September 19th, 2017 I vividly remember the scene as I crawled out of a window to get my first view of the battered remains of my community. The once evergreen mountain sides were stripped bare. Debris covered every surface turning what was once known as the Nature Isle of the Caribbean into little more than a landfill. Our island had been brought to her knees.

It was soon clear that the level of destruction experienced could not happen again. With that in mind, the Government of Dominica committed to transform the island into the world’s first climate resilient nation. Inadvertently, Hurricane Maria triggered a movement poised to work its way through every sphere of life.

Essential services like the energy sector were devastated. The entire island lost access to electricity due to significant damage to the transmission and distribution system as well as generation facilities. For many communities the blackout would last for months. Resilient recovery of the sector mandates we internalize the lessons Hurricane Maria painfully taught us:

Sustainability and Resilience are not Synonymous – We Must Plan for Both

Although a critical aspiration, sustainability does not necessarily mean resilience. Sustainable energy systems are in no way exempt from the impact of natural disasters. For example, Hurricane Maria damaged both diesel energy generating infrastructre and hydropower infrastructure. In response, Dominica’s Sustainable Energy Plan of 2014 was upgraded to The Sustainable and Resilient Energy Plan (S-REP) in 2019. The S-REP makes recommendations for cost-effective energy generation, increased renewable energy, improved grid stability all geared towards building the resilience of vulnerable communities.

Virtually everything from the economic to health to telecommunication sector needs energy. Business as usual centralized energy generation forms rigid dependencies that snap under pressure. In the aftermath of Hurricane Maria, solutions rapidly emerged as the population invested in generators, solar powered lighting, and portable energy storage. The underlying theme was evident: decentralize both the method and location of energy generation.

From 2017 the energy sector has been shifting in this direction. The 2020 Draft National Energy Policy pledges 100% renewable electricity generation by 2030. Numerous cross-sectoral initiatives capitalize on onsite renewable energy generation to fortify health centres, businesses, water distribution systems, hurricane shelters, and tourist facilities. As an island blessed with geothermal, hydro, solar, and wind potential, a robust energy sector is within reach.

Transformations don’t just Happen- They Require all Hands on Deck

The immediate response to Hurricane Maria required the collaborative effort of the public sector, private organisations, civil society groups, and local communities. Similarly, reshaping each sector with climate resilience requires all hands on deck. The energy transition is not the sole responsibility of any one entity. There needs to be an enabling environment which empowers all levels of involvement from commercial level independent power producers to community owned initiatives. In the past few years, the stage has been set by opening the electricity generation market and by introducing duty free importation on a wide range of renewable energy equipment and electric vehicles.

In the weeks after Hurricane Maria I remember working on my application to continue my studies in Environmental Change and Management the old-fashioned way- with pen and paper often under candlelight. Hurricane Maria featured in my scholarship essay. She inspired my interest in climate compatible infrastructure systems which led me to an internship with the Caribbean Centre for Renewable Energy and Energy Efficiency.

Three years later Maria’s impact lingers. Although the scars of loss remain, her legacy continues to motivate us to look forward and ensure the environmental, economic, and social resilience of our nation. The energy sector resonates this truth. 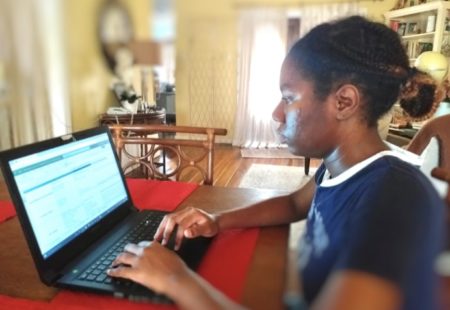 My Internship Experience: Expectations and Advice 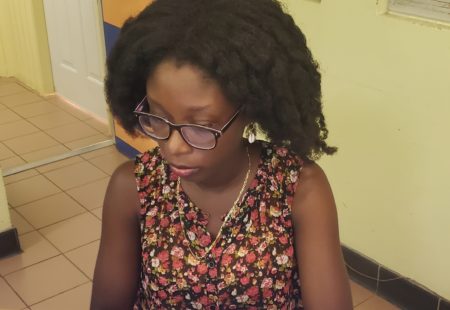 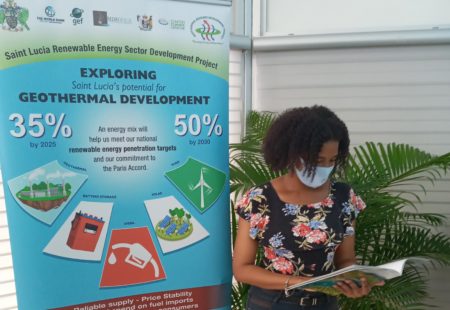