She’s the Best Man for the Job

I still vividly remember the first conversation I had at my first internship at the end of sixth form. On that morning I entered the office nervous and excited to experience the world of engineering for the first time. The secretary greeted me warmly, and though I’m sure she meant well, proceeded to advise me that I was too soft spoken and needed to speak louder with more authority if I wanted to survive as a female engineer. That brief conversation was my first taste of what is often expected of women in male-dominated fields.

Fast forward a few other internships and graduations later, I stand at the end of my apprenticeship period with the CCREEE.  I went into my role at the CCREEE expecting to build my technical expertise, dive deeper into the Caribbean energy sector, and refine my professional soft skills. Those expectations were met, and in many ways exceeded. As part of the Project Preparation Facility (PPF) team, I was able to support the development of its business plan, lead the formation of its online application portal, develop its draft project origination strategy, aid in the evaluation of sustainable energy project applications, produce marketing content, and present at virtual events.

However, coming into the role I did not expect to learn about gender mainstreaming. Given my supervisor’s role as the Project Development and Gender Expert I was able to aid in the preparation and delivery of the CCREEE’s bi-monthly Gender Café – an initiative aimed at creating a safe space to build the staff’s knowledge of gender issues in the energy sector. As I reflect on my time at the CCREEE, although the technical energy experiences were very beneficial, the area of gender stands out for me. Therefore, I would like to share a few lessons I’ve learnt during my apprenticeship through this lens.

Although circumstances are improving on a global scale, gender is still an issue in employment particularly in male-dominated fields like the energy sector. Globally 48% of our workforce, almost half, are female. However, in the energy sector that figure shrinks to 27% and is characterised by more alarming statistics. For example, there are less than 15% women in management positions and less than 11% female energy inventors and start-up founders.

When I think back to my academic and work experiences these statistics ring true. Women have often been a minority in the technical teams I have worked with and top management has been all males. In fact, I had my first female supervisor at the CCREEE despite numerous projects, internships, and jobs in the engineering field. I never made these connections before being exposed to these statistics while preparing for a Gender Café.

Lesson 2: Challenge yourself to speak out

The statistics show that gender mainstreaming is needed to help women enter and remain in the energy sector. Often even after a woman gets her foot in the door, she is faced with gender biases while carrying out her day-to-day tasks. In the Caribbean, sexism may not appear to be an issue. Openly no one would disagree that women and men are equal. However, under the surface biases do exist and we should continually address these biases in order to eradicate them completely.

Although I have had experiences with gender bias in the past, I chose to brush those situations off, dubbing them insignificant. At the CCREEE I have been inspired by the way my female colleagues have displayed their unique strengths and respectfully handled misconduct. I have learnt to continually challenge myself to speak out because my thoughts and ideas as a young female professional are important.

Through my apprenticeship at the CCREEE, I saw the value of female mentorship. Via my supervisor’s encouragement and guidance, I was able to perform tasks often deemed beyond what is expected of an intern. She ensured I had the opportunity to share my ideas even at internal and external meetings, host events, deliver presentations, do interviews on behalf of the PPF, and lead processes. Her actions embodied the phrase “empowered women, empower women”. Every young woman can benefit from this type of support in her career.

While at the CCREEE, the knowledge that I don’t need to act like a stereotypical male to be a successful engineer was solidified in my mind. Females’ unique attributes should be embraced and utilized to surge their organizations forward. For instance, studies have shown that women enhance workplaces through their innate management, analysis, negotiation, and communication skills.

By supporting my supervisor in gender activities, I have been inspired to pursue a course in gender mainstreaming and to join the Women in Renewable Energy (WIRE) Network. When I imagine the evolution of my career from this point, I can’t help but look forward to congratulating that nervous undergraduate intern or fresh university graduate on her first day of work on being chosen as the best man for the job. 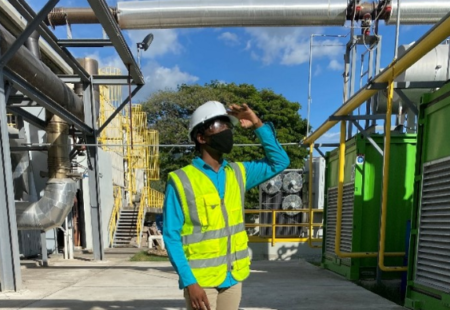 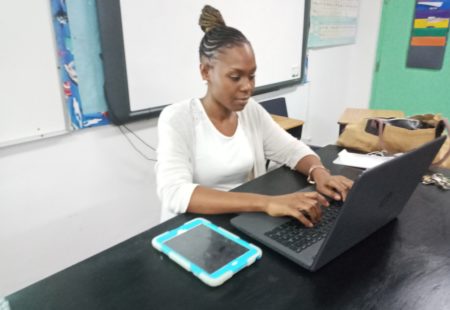 Me, Biogas and The CCREEE 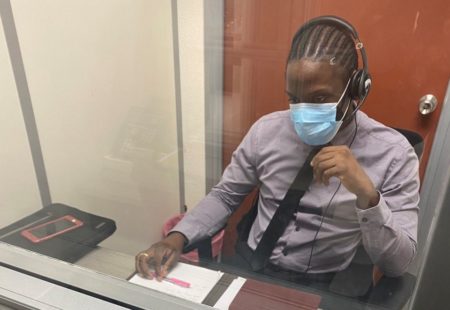 Pressing on in an Ever Changing World