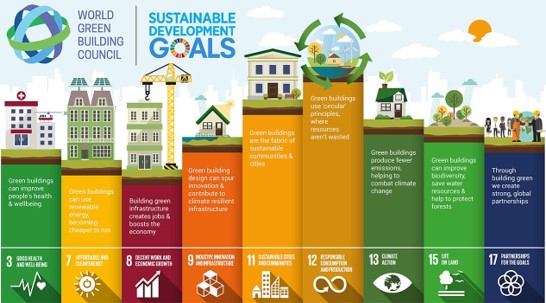 Each year, on 14 October, World Standards Day is celebrated as a means of paying tribute to the collaborative efforts of the thousands of experts, globally, who develop the technical agreements that are published as International Standards. “Protecting the Planet with Standards” is the theme and focus for World Standards Day 2020.

Globally, current patterns of energy production and consumption are unsustainable and threaten the environment, through local pollution and global climate change. Emissions from the combustion of fossil fuels are major contributors to climate change and the unpredictable effects thereof, as well as to urban air pollution and acidification of land and water. In particular, climate change is an energy‑related issue and the “the dark side of fossil fuel” as an estimated 80 per cent of Greenhouse gases (GHG) are generated by the energy supply, transformation, delivery and use, primarily from fossil fuels.

Within the Caribbean Community (CARICOM), energy goes “hand‑­in‑hand” with the production of goods and the provision of services. Economic growth and social development are typically accompanied by large increases in energy use, and better access to modern energy, especially electricity, has enabled businesses and improved the quality of life of many citizens within the Community. This has also meant a greater dependence on fossil fuel, however, within a region that relies primarily on seaborne petroleum imports to meet over 80 per cent of its energy demand. Though, collectively, CARICOM contribute less than 0.2 per cent of global GHG emissions, the countries have accepted the “challenge” to decouple fossil fuels from their energy economies.

From as far back as 2008, the CARICOM region began to systematically address the need to shift the Member countries from their current state of inefficiency and dependence on mostly expensive, imported petroleum‑fuels to one in which energy is sustainably managed through the cost‑effective, efficient, conversion, delivery and use of diverse, including indigenous, sources of energy. Approved in April 2013, the CARICOM Energy Policy promotes a shift to sustainable energy through increased use of renewable energy sources and improvements in energy efficiency. In implementing the regional energy policy, there is a requirement for country‑level harmonization of policies and actions in a number of key areas of commonality, to include a “modern and up‑to‑date energy conservation code that explicitly addresses energy efficiency in new and existing buildings” (IECC, 2009).

Over the last three years, to address the high, and largely unexploited, energy efficiency potential across the region, CARICOM has been pursuing a Regional Energy Efficiency Strategy. Through the CARICOM Secretariat; the Regional Institutions with responsibility for standards and energy, viz. the CARICOM Regional Organization for Standards and Quality (CROSQ) and the Caribbean Centre for Renewable Energy and Energy Efficiency (CCREEE); and the Member States, through their respective government ministries and national standards bodies, the region has been addressing the Strategy through the development of codes and standards. The codes and standards support, inter alia: (a) Energy‑efficient construction practices for buildings; (b) The removal of cost‑ineffective, energy‑wasting and under‑performing products from the marketplace; and (c) The stimulation of consumer awareness, in regard to the lifecycle operating (especially energy) cost for the energy‑consuming products that they buy.

But the standards alone will not be the answer; they have to be used as part of an overall plan and implemented with the intention of making sure that they are used by the sector. At least, that is the view of CROSQ Chief Executive Officer, Mr. Deryck Omar:
“the standards are the first step but they must be implemented and, in order to have that implementation, all stakeholders must be on board and training in the standards by the professionals as well as a policy-makers needs to be prioritized”.

In fact, CROSQ and CCREEE are now working closely with Member States, through support from a number of key development partners, to enable the implementation of the energy efficiency code and standards in CARICOM member countries by, inter alia, engaging and training key stakeholders, including industry professionals, and raising awareness and knowledge within the respective markets. In that regard, the support of the GEF/UNEP Energy for Sustainable Development (ESD) in Caribbean Buildings Project; the EU/BMZ/GIZ Technical Assistance Programme for Sustainable Energy in the Caribbean (TAPSEC); and the BMZ/PTB Quality for Sustainable Energy in the Caribbean (QSEC) Project have been instrumental.

CARICOM countries, though at varying stages, are pursuing strategies that promote increasing amounts of secure energy options, which are predictable in price and supply. The key issue is related to the mechanism through which a balanced energy architecture, which provides affordable, reliable and clean energy, can be supported through stable long term energy policy and regulatory framework. The view is, however, that energy is not simply an economic issue but, for the Caribbean, energy is part of a longer‑term sustainable development and resiliency strategy. Dr. Devon Gardner, Head of the Energy Unit at the CARICOM Secretariat, said that:
“the projected increase in temperature, due to climate change, could be expected to increase the energy requirements for cooling services, such as air conditioning and refrigeration; the corresponding higher peak loads would require additional generation capacity, unless addressed through improved efficiency in energy‑use. The Regional Energy Efficiency Building Code, as well as the energy standards and labelling for refrigerators, air conditioners, etc. can help to reduce the degree of variability on the distributed‑energy side, through building designs and end‑use technologies that have lower and more predictable demand”.

The matter of how countries can systematically work to address the threats posed by a multiplicity of external shocks, especially those that are related to climate, natural‑disaster and epidemiological events, on their respective power system designs and operations is now a central plank within CARICOM. The evolution of the traditional electricity grid into a more diversified, flexible and resilient distributed model is critical to a future in which there increasing variability in the way in which energy is produced, delivered and used.

According to Dr. Gary Jackson, Executive Director of the CCREEE, the emerging body of work on the code and standards, while enabling development plans and strategies at the country and regional levels, are consistent with the global Sustainable Development Goals, particularly Goal 7 for affordable and clean energy; and Goal 11 for Sustainable Cities and Communities. Dr. Jackson highlighted that:

“The goal of our partnership is to enable countries to become more resilient, through actions that contribute to the triple bottom‑line – economic growth, social development and environmental protection. The CCREEE will continually work with national, regional and global partners for the explicit benefit of the Caribbean people.”

The successful pursuance of sustainable development will depend on, inter alia, the effective development and use of policies, regulations, laws and other instruments to deliver the desired outcomes for citizens within the Community. Standards can play a critical role in protecting the Caribbean Community whilst supporting the ability of the Community to play its part in protecting the globe from the projected impacts of climate change. 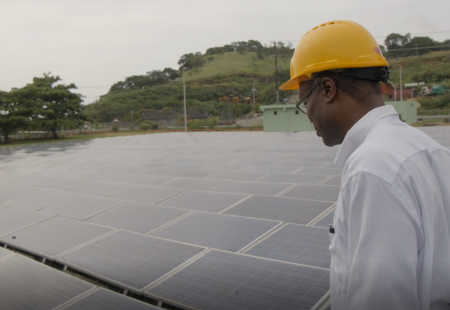 IRRP Update: The Story of Data 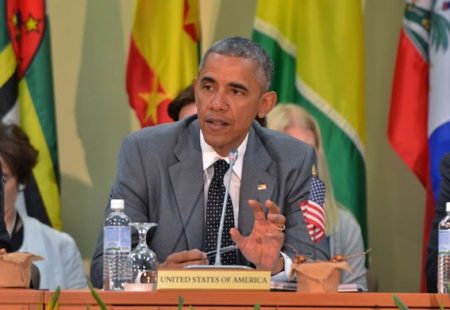