The Republic of Guyana

Motto: One People, One Nation, One Destiny

Land of many waters

Guyana, like many CARICOM countries, continues to depend on imported oil that fuels the electricity and transport sectors. Simultaneously, the high level of expenditure on oil reduces the financial resources available to invest in social development, environmental protection, adaptation to climate change and improving food security. The electricity sector in Guyana, in particular, offers significant opportunities for achieving reductions in fossil imports. However, fiscal and regulatory barriers to energy efficiency and renewable energy use are apparent in Guyana. Guyana possesses an abundance of water resources with a potential installed capacity of over 7,000 MW of hydroelectric power. 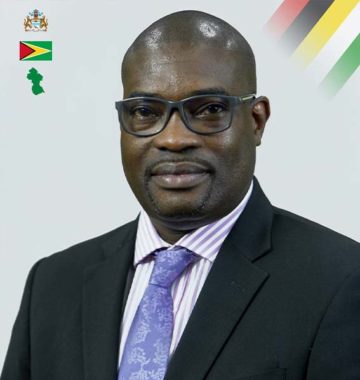 Guyana lies on the northern coastline of South America. It is bordered to the east by Suriname, to the south-west by Brazil, to the north-west by Venezuela and to the north by the Atlantic Ocean. It is the site of the Headquarters of the Caribbean Community (CARICOM).

The original inhabitants were the Amerindians. Guyana was settled by the Dutch in the 16th century and changed hands among the Dutch, British, and French from the late 16th century. It was finally ceded to Britain in 1814. Independence was achieved in 1966; and the Cooperative Republic of Guyana was established in 1970.

Agriculture is the main sector, while the forestry, fishing and mining sectors are important areas of economic activity in Guyana.

Manufacturing, mainly the processing and refining of agricultural products continues to be of importance to Guyana. The country continues to diversify its economy with emphasis being placed on its Information Communication Technology and Services sectors. In addition, the country is also focusing on tourism, energy and light manufacturing.