The Commonwealth of Dominica

Motto: After the Good Lord, We Love the Earth

Dominica has been nicknamed the “Nature Island of the Caribbean” for its unspoiled natural beauty. It is the youngest island in the Lesser Antilles, still being formed by geothermal-volcanic activity, as evidenced by the world’s second-largest hot spring, the Boiling Lake.

The island features lush mountainous rainforests, deep valleys, lakes and rivers, and is home of many rare plant, animal, and bird species. There are dry areas along the western coast of the island, but heavy rainfall can be expected inland and in the rainforest and mountain regions.

Dominica is one of the youngest islands in the Caribbean chain. It is a sprightly 26 million years old, still actively evolving with continuous geothermal activity. 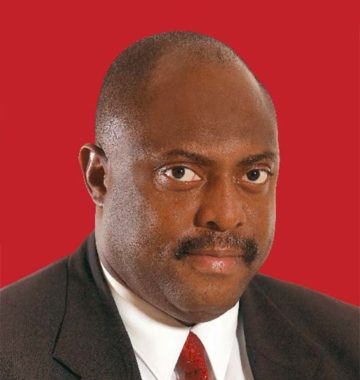 Minister of Trade, Energy and Employment

Minister of Trade, Energy and Employment

Ministry of Trade, Energy and Employment

The Commonwealth of Dominica lies between Guadeloupe to the north and Martinique to the south. The island is commonly known as the nature isle of the Caribbean due to its seemingly unspoiled natural beauty.

Dominica was occupied first by the Amerindians. It was sighted and named by Christopher Columbus in 1493. The island changed hands several times in the 18th century, but finally became British in 1805. It was joined to the Leeward, then the Windward Islands. The island achieved separate status in 1960 and became a British Associate State in 1967. In 1978, the island gained independence.

Agriculture and fishing are important sectors of the economy. At one time the main export crop was bananas, but the industry has steadily declined as conditions on the world market for the production and export of bananas are increasingly not in the Region’s favour. Copra, produced from local coconuts, supports the main manufacturing industry, soap.

Eco-tourism is being promoted with rainforests, volcanic scenery and scuba diving as the main attractions.

A deep-water harbour and a cruise ship terminal are some of the infrastructural development efforts impacting positively on the national economy.

Black  – African origins of most of the population

Parrot  – Sisserou – national bird, found only on the island