Haiti, officially the Republic of Haiti (République d’Haïti; Repiblik Ayiti), is a Caribbean country. It occupies the western, smaller portion of the island of Hispaniola, in the Greater Antillean archipelago, which it shares with the Dominican Republic. Ayiti (land of high mountains) was the indigenous Taíno or Amerindian name for the island. 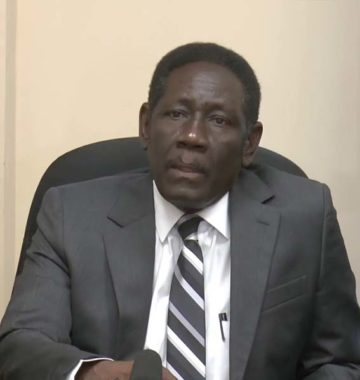 Haiti, an 80% mountainous country, is located on the Western half of the island previously known as Hispaniola, 80 km east of Cuba and 750 miles south-east of Miami, Florida.

The Dominican Republic occupies the Eastern two-third of Hispaniola.

Columbus encountered the island of Hispaniola, populated by the Arawak Indian in 1492. In 1503, the Spanish brought the first African slaves to the island and in 1697 the colony was ceded to France. In 1791, a voodoo priest by the name of Boukman started an uprising, subsequently led by Toussaint L’ouverture, who launched a general slave revolt. On 1 January 1804, Jean Jacques Dessalines proclaimed the island independent. Haiti is the world first “Black Republic” and the second oldest Republic in the Western Hemisphere.

The power struggles and political instability that marked the Haitian history throughout the 19th century ended in United States of America (USA) intervention that lasted from 1915-1934.

A new period of political upheavals after the departure of the U.S. troops opened the way to a 30-year long dictatorship by the Duvalier family.

On 7 February, 1986, a popular uprising put an end to the dictatorship. In 1990, the first free elections in the history of Haiti brought Jean-Bertrand Artistide to the presidency.

After seven months in power Aristide was forced into exile by a military coup on 30 September, 1991. With the help of the international community he was restored to power on 15 October, 1994.

In 2000, Jean Bertrand Aristide was once more elected to the Office of President, but in 2004, he was again forced from office amidst demonstrations and an insurgency. An interim administration was installed. In 2004, a United Nations (UN) Peacekeeping mission (MINUSTAH) was sent to Haiti to maintain stability and facilitate elections.

In 2006, Rene Preval was elected President for the second time.

In 2010, Haiti’s capital, Port au Prince was hit by a 7.2 magnitude earthquake which left more than 200 000 people dead and more than a million homeless.

In 2011, Michel Martelly was elected President of Haiti.

Agriculture – the main crops being coffee, mangoes and cocoa – continues to occupy the dominant position in Haiti’s economy representing about 30% of the GDP. Forestry and fishing are also important sectors.

The tourism sector offered much export possibilities. The Caribbean Tourism Organisation (CTO) is assisting the Government towards realising the full potential of this sector.