Motto: Under the Shade I Flourish

Belize, located on the north eastern coast of Central America, boasts an abundance of terrestrial and marine species, and its diversity of ecosystems give it a key place within the globally significant Mesoamerican Biological Corridor. Belize has a diverse society, comprising many cultures and languages. It is the only nation in the region with a British colonial heritage, but as a part of the Western Caribbean Zone, it also shares a common heritage with the fellow Anglophone Caribbean countries. In general, Belize is considered to be a Central American and Caribbean nation with strong ties to both the Caribbean and Latin America and is few of the Caribbean Countries that are Continental rather than being an Island. 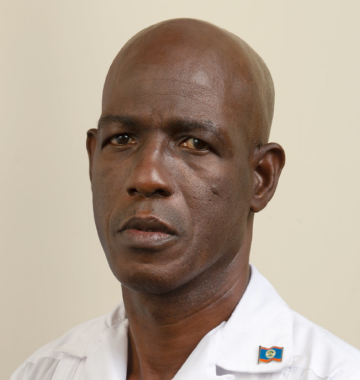 Belize lies on the Caribbean Coast of Central America. It borders the Caribbean Sea to the east, Mexico to the north-northwest and Guatemala to the south-southwest. Belize is a land of thick forest, abundant wildlife, rivers and waterfalls.

Belize was part of Central America, which flourished between 300 and 900 AD. The country changed hands between Spain and Britain from the early 1600s until 1862, when it became British Honduras. The country was renamed Belize in 1973 and gained independence in 1981.

Agriculture is the leading sector. Citrus -orange and grapefruit- products are processed into frozen concentrate for export. Meanwhile, efforts are advancing to diversify into non-tradition crops such as papaya, cucumber and ginger. Other export crops include cocoa, vegetables and tropical fruits.

Marine products have become an important source of foreign exchange as well as being a vital domestic food source.

The forestry industry has been growing in recent years. Government has initiated a national reforestation programme, adding new impetus to this sector’s development.

Tourism is on the upswing, realising some of the nation’s potential as a specialist holiday destination. The barrier (coral) reef- the second longest in the world- is a popular site for scuba diving, Mayan archaeological sites are among a number of important tourist attractions being promoted

Blue, white and red – Unity of the nation