Motto: Each Endeavouring All Achieving

The Island of 365 beaches

Antigua and Barbuda is a twin-island nation lying between the Caribbean Sea and the Atlantic Ocean. It consists of two major inhabited islands, Antigua and Barbuda, and a number of smaller islands (including Great Bird, Green, Guinea, Long, Maiden and York Islands and further south, the island of Redonda).  The country is nicknamed “Land of 365 Beaches” due to the many beaches surrounding the islands. Its governance, language, and culture have all been strongly influenced by the British Empire, of which the country was formerly a part. The islands became an independent state within the British Commonwealth of Nations in 1981. 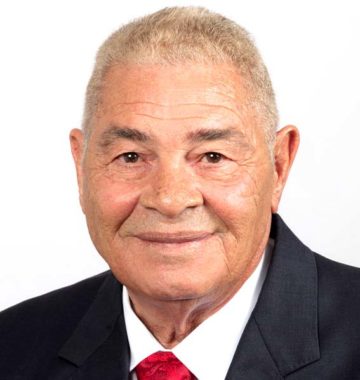 The islands are located in the Eastern Caribbean at the southern end of the Leeward Islands, 40 km (25 Mi) northeast of Montserrat.

Columbus landed on Antigua in 1493 and named the island after the church of Santa Maria de la Antigua in Seville, Spain. It was colonised by the English in 1632 and apart from a brief French occupation in 1667, remained British until becoming an `Associated State’ in 1967. The islands attained full independence on 1 November, 1981.

In the late 18th century, the islands served as the major naval dockyard for the British fleet in the Eastern Caribbean.

Tourism is the main national income earner. Dry climate and a large number of white sand beaches play an important role in the growing cargo and cruise passenger traffic.

The services sector has steadily grown to become an area of significant economic activity.

Triangular shape  – Determination of the people