Motto: Ever Conscious of God We Aspire, Build and Advance as One People

Grenada is an island country and Commonwealth realm consisting of the island of Grenada and six smaller islands at the southern end of the Grenadines in the southeastern Caribbean Sea. The nation’s independence was attained in 1974, making Grenada one of the smallest independent countries in the Western Hemisphere.  Grenada is located northwest of Trinidad and Tobago, northeast of Venezuela, and southwest of Saint Vincent and the Grenadines. Grenada is also known as the “Island of Spice” because of the production of nutmeg and mace crops of which Grenada is one of the world’s largest exporters. 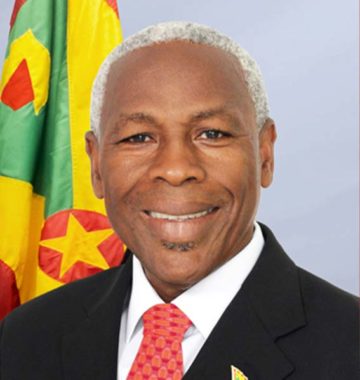 Known as the Spice Isle, Grenada is located in the southeastern Caribbean Sea and includes the Grenadine islands of Carriacou and Petite Martinique. It is located north of Trinidad and Tobago, and south of St. Vincent and the Grenadines.

Columbus landed on the island in 1498, but the French first settled there in 1650. It was alternately ruled by the French and British until 1783, when under the Treaty of Versailles the island was ceded to the British. It was joined to the Windward Islands in 1833, and was a part of the West Indies Federation in 1958-1962. The island gained independence in 1974. The Maurice Bishop Government, which came to power in 1979, was toppled by an internal coup in 1983. An interim government prepared the way for the 1984 elections.

The Grenadian economy is highly diversified with the main contributors to economic growth in 2012 being offshore education, real estate, transport and communication, wholesale and retail trade, construction and financial services and manufacturing.

Agriculture is also an important sector. The country’s principal exports include fresh fruits and vegetables, cocoa and fish. Grenada is also one of the world’s top producers/exporters of nutmeg which accounts for more than 50% of the country’s agricultural export earnings.  In recent years, Grenada has enjoyed high world prices for nutmeg and cocoa.

Tourism is a growing sector in the country.

There is a small offshore financial-sector, legislation of which was updated in 1996.

Green – Fertility of the land

Nutmeg – Importance of spice to economy